The Coast Defence Study Group CDSG is a non-profit 501(3)(c) tax-exempt corporation dedicated to the promotion of the study of coast defenses and fortifications—primarily but not exclusively those of the United States of America—their history, architecture, technology, and strategic and tactical employment. The purposes of the group include educational research and documentation, preservation of historic sites, site interpretation, and assistance to other organizations interested in the preservation and interpretation of coast defense sites.

The CDSG Press offers a number of key reprints and reference material essential for the study of American seacoast fortifications. Offerings include:

Please see our web site at www.cdsg.org for a complete listing and ordering details.

The Fortress Study Group is an international society concerned with the study of all aspects of military architecture and fortifications and their armaments, especially works constructed to mount and resist artillery.The Group was formed in 1975 to provide an opportunity for those interested in fortifications and military architecture to meet, get to know one another and publish their work. Since then the membership has grown to around 600, representing over 30 countries worldwide. They include professional architects and historians, retired or serving members of the armed forces as well as professional institutions and those with a casual but enthusiastic interest.The FSG actively encourages the research, study and recording of fortifications of all periods and publishes FORT, an annual journal, which contains articles about the theory, development, practice, conservation, adaptation and reuse of fortifications and military architecture. The group also publishes Casemate, a well-established magazine which appears three times a year. Every year the FSG organises a Conference Weekend in the UK, which includes trips to local sites of interest to the group and lectures on aspects of fortification. There is an annual Members Day with presentations from members, and a Study Day visit to a site of special interest. Each year a Study Tour examines the fortifications of other countries. Countries visited include Belgium, Bermuda, the Czech Republic, France, Gibraltar, Italy, Malta, the Netherlands, Poland, Portugal, Rhodes, and Slovenia. Members have been actively involved the restoration of fortifications and were keenly involved with the Defence of Britain Project, taking a leading part in the recording of WW I&II sites. Every 2 years a symposium entitled ‘Fortifications at Risk’ explores ideas on how the derelict fortifications of the British Isles can be protected and preserved. The group actively co-operates with other national and international societies with similar interests in other countries throughout the world. It is a member of the International Castles Institute (IBI) and a founding member of the International Fortress Council (IFC). For further information about FSG see 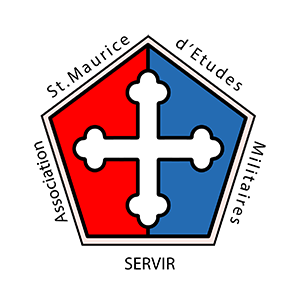 http://www.asmem.ch The Association Saint-Mauride d’Etdues Militaires (ASMEM) was formed in 1974. It aims at gathering and opening to the public of all kind of documents on fortifications, organization and of combat in fortified sectors. To achieve the goals of our association, the ASMEM offers its members:

On the other hand, the ASMEM works closely with other associations in connection with the organization of festive events (St. Barbara in Champex, Days company in Fort Cindey, etc.). She handed, a few years ago, significant MODELS at Museum in the Castle of Saint-Maurice. These models, made by some of its members, are impressive in size and quality details. Finally, our association is a member of INTERNATIONAL Fortess Council which our former president, Luc Fellay, former head of Swiss Land Forces, in the chair for 3 years and was renewed in his office at the last meeting of this association. Representative: Mr. Pascal Bruchez

www.coehoorn.nl The Stichting Menno van Coehoorn is a national all-volunteer organization that promotes, since its founding in 1932, the conservation and protection of historical defence works, like walls, fortresses, casemates, defensive positions and defence lines. The Netherlands are in the lucky possession of a number of intact fortified cities, for example Naarden and Willemstad. Thanks to the Stichting Menno van Coehoorn these cities are kept in their original form. Aside from these spectacular monuments there are, all over the country, many other old military objects. They often are of (cultural-) historical and/or architectural value, as well as examples of town-building and landscaping. On many of these obsolete military installations – because of a long period of isolation – beautiful flora and fauna have developed. Fortifications of Dutch origin can also be found in many foreign countries. The Stichting Menno van Coehoorn also promotes the conservation and protection of those. Representative: Mr. Evert Westerhuis

The Frënn vun der Festungsgeschicht Lëtzebuerg a.s.b.l. (FFGL) was founded in 1992. The background for the founding of the FFGL was the plan to build a Museum for modern art at Fortress Thüngen, and hence the perishing of a great part of the historical fortress.

The FFGL is active in the protection and conservation of many fortresses, like Fortress Lambert and ‘Festung Lëtzeburg”(Luxembourg). The organization organises frequently guided tours to parts of the casemates that normally remain closed to the public.

Activities and ObjectivesFortifications, fortresses and forts are an important part of our cultural heritage. In recent years, the interest in historic fortifications has increased, and they have become generally accepted as valuable evidence of times past. This trend is also furthered by modern development concepts.The scientific research and transfer of knowledge not only include architectural history, but also economic as well as social history.Over the last decades, the DGF has taken an active part in this process by:

This journal is published several times a year and contains information on recent developments and announcements relating to the association as well as essays/scientific articles, travel accounts, reports on study trips and reviews.

Created in 1981 at the initiative of three personalities, Serge Antoine (†), Senior Member of the Court of Auditors st, Michel Parent (†), Inspector General of Historic Monuments (ret.) and former President of World Heritage and Alain Monferrand current president, director of tourism Observation ODIT France, Association Vauban now includes all those who wish to promote knowledge of Vauban’s work and that of the fortified heritage in modern times to the contemporary works. Amateurs and professionals from diverse backgrounds, military engineers and architects, academics, historians, curators and administrators, tourism officials, leaders and representatives of local governments and various associations and backup are united by their common interest in the architectural heritage particular, of considerable historical importance, particularly well integrated into the landscape and aesthetically granted to the spirit of our time.

The National Association for Fortifications (Nacionalna udruga za fortifikacije, abbreviated NUF), is the umbrella organization in Croatia founded for studying, dissemination and public information on practical architectural projects on the restoration of fortifications which are recognized as a valuable architectural heritage in the Republic of Croatia  The National Association for Fortification was established in Zagreb, on the initiative of the International Fortress Council (IFC), and entered in the Register of Croatian Associations on 14 April 1999, (under the registration number 00001377).

The National Association for Fortifications (Nacionalna udruga za fortifikacije, abbreviated NUF), is the umbrella organization in Croatia founded for studying, dissemination and public information on practical architectural projects on the restoration of fortifications which are recognized as a valuable architectural heritage in the Republic of Croatia The National Association for Fortification was established in Zagreb, on the initiative of the International Fortress Council (IFC), and entered in the Register of Croatian Associations on 14 April 1999, (under the registration number 00001377).